The suns out and it's hotting up. Everyone wants to wear their summer dresses and cute little co-ords and nobody wants to be the girl with the pasty white complexion. Weather you want a golden bronzed look or just a slight glow it's safe to say there is now a product on the market for everyone. I started using fake tans when I was about 16. I started off using things like Johnsons holiday skin which just gives you a glow more than a tan I would say. I then moved onto actual fake tanners from companies such as makebelieve before going back to gradual tanners again all the way up until just over a year ago! I am naturally quite pale and although when I put fake tan on I don't want my skin to be dark I do like to have a natural light tan.
So as we are in 'tan season' and I know ALOT of people are afraid of fake tans or just don't really know how to apply or how to avoid/get rid of a bad tan I thought I'd share with you what I like, what I don't like and what I use from fake tans, gradual tanners, mits and scrubs.

Prep
The preparation before a tan application is actually quite important and very overlooked. I always shave before I apply tan even if there is nothing there just so the skin isn't pricky the following day, but you don't have to. I would highly recommend exfoliating before an application, I usually do this a few hours before to give my skin some time to settle down as it can become a little pinkish. I use my exfoliating gloves with a scrub on to do so, I had been using Soap & Glory's scrub of your life but recently picked up Cocoa Brown's tough stuff which is just amazing, it recommends you only use on hands, feet, knees and elbows but I've been using it all over (other than my face) and find it fine. Next step is moisturizer, I love the Garnier intensive 7 days body lotion and for quickness Vaseline spray and go.

Application
I only ever use Velvotan tanning mit. I always get mine from the discount shops for £1.99 and they are honestly the best I've ever used, way better than the St Tropez ones! These ones have a thin plastic coat inside so you don't get a stained hand. I usually use two at once, one to apply and one to rub in the excess, usually just on tricky areas though as I find if I use the one I've applied with it just keeps rubbing more tan on the skin where I'm trying to minimize it. 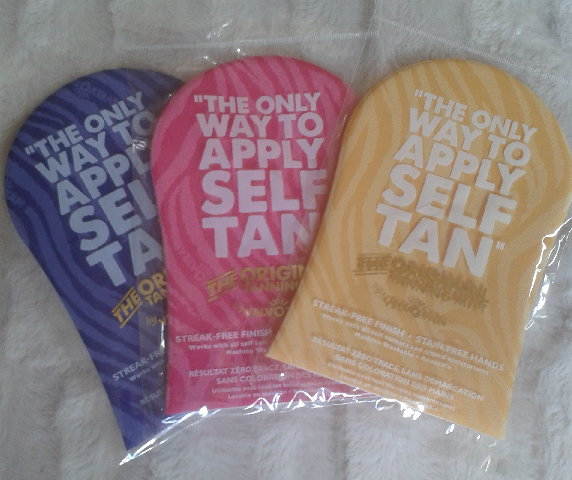 Gradual Tans
I used to only ever use gradual tans but since I started using actual fake tans I don't use these as much at all. I normally find I like them better to use in between tan applications rather than on their own. I really like the Garnier summer body, it has a lovely smell to it and is also really moisturizing. You can get this in different shades, I get 'Deep'. It gives a nice natural colour which is quite natural looking and the bottle seems to last for ages! So the other one is Dove summer glow which I have a sort of love hate relationship with. I'm not so keen on it but wouldn't say it's terrible. I have seen it looking really nice on some people so maybe it's just me I'm not so keen with it on? Vani-t bronzing custard is defiantly one of my favorites, again it's very natural looking but without feeling like you haven't put anything on. It also seems to work really well with just about anything, I haven't found it to streak or look orangey. There is a red packaging one too which is exactly the same thing, I personally prefer this one as I find the red one seems to leak. I am a big fan of St Tropez and have about three of the St Tropez gradual tan at the moment. I am not a big fan of this by itself (without a fake tan on) I don't find it really makes a difference but with a tan already on and using this as a 'in betweener' it works great. It doesn't have a horrible smell and it's sticky. I am a Cocoa Brown tan fan. They're products are cheap as chips but are soo good! Their gradual tan gentle bronze is amazing. I haven't yet tried it on it's own so I don't actually know how it could be but with a tan already on I love it. You do have to be careful with it as it can go a little orangey. This drys really quickly which I find really good as I hate that 'wet' feeling that can last ages after applying a gradual tan. 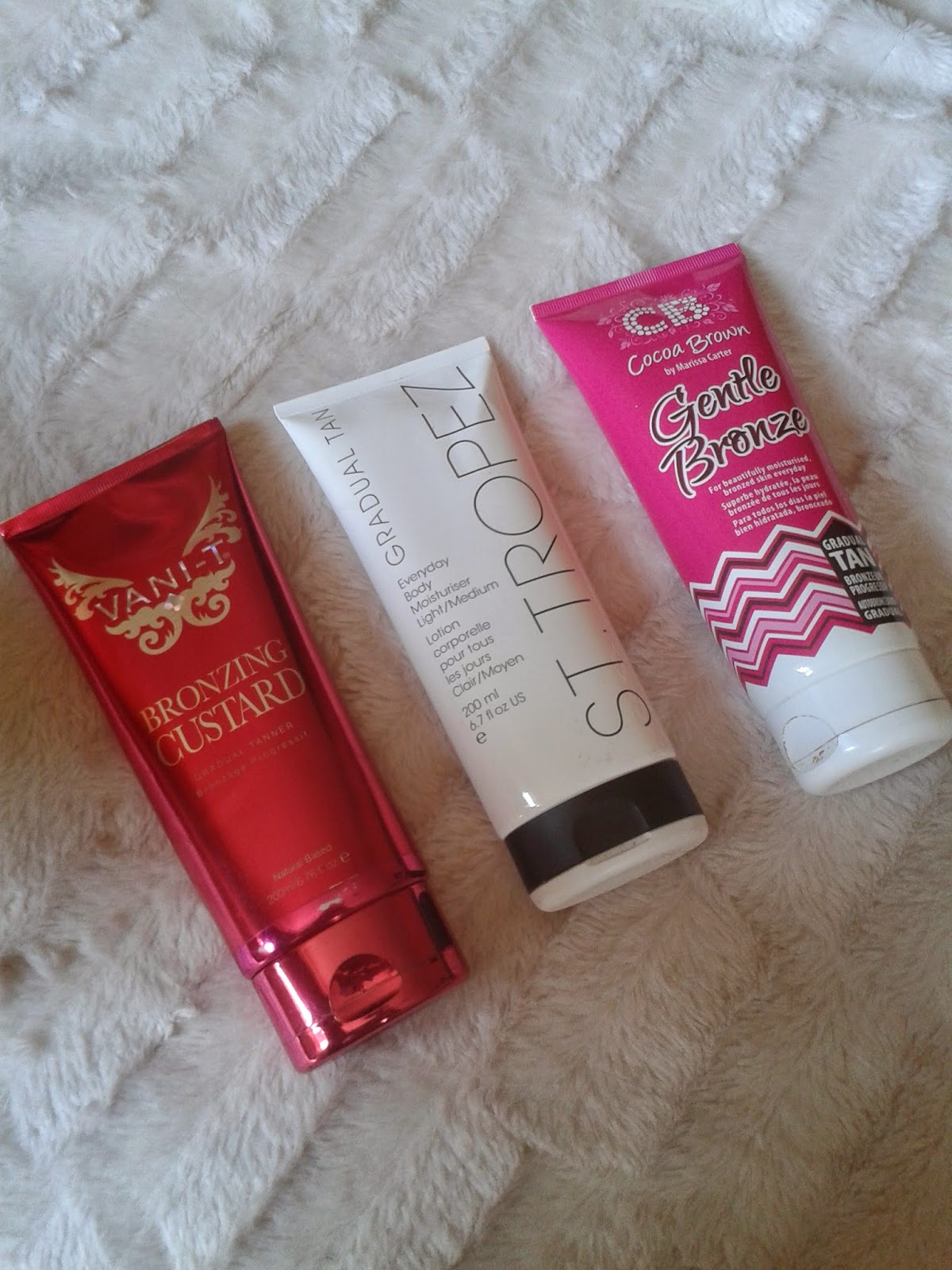 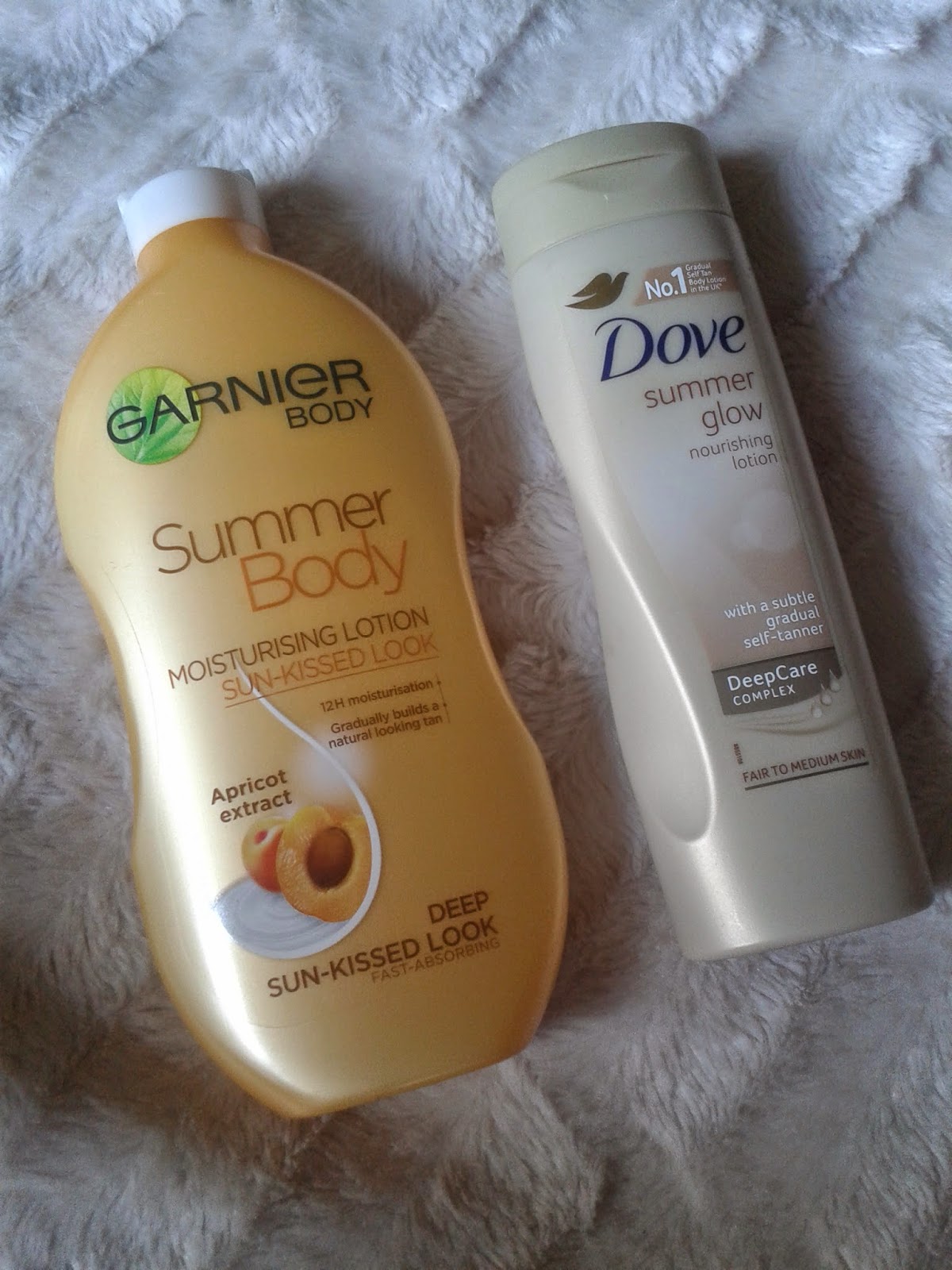 Fake Tans
Cocoa Brown one hour tan  I'm sure you can guess what I'm going to say. This is probably one of my favorite tans ever, and one of the cheapest. The actually sell this in Primark where I think it is about £6 or you can pick it up (and the rest of the range) in Superdrug for £6.99 I think. As you can see they do this in two shades, the original which I would say is a medium and then the dark shade. I really like both of these, if you are using the original but you aren't wanting it too light I would say you need to use at least 2-3 layers if you are pale skinned. It is a one hour tan so you are meant to be able to wash it off after that hour as well as being able to leave it on longer. I did try washing this off after about two and a half hours before but didn't find it to have made much difference so I usually use it as I would any other tan, applying before bed and washing off the next morning. I do like to wash it off my hands and face after an hour though.
I think just about everyone has heard of St. Moriz  I have only ever tried the mousse but they do a liquid too. I know some people swear by this and love it, others just buy it because it's so cheap and easy to find and others hate it. Me? I hate it. I find it looks really orange, heavy, unnatural and is really difficult to get off. I put this straight in the bin after taking this picture and wont be buying again. 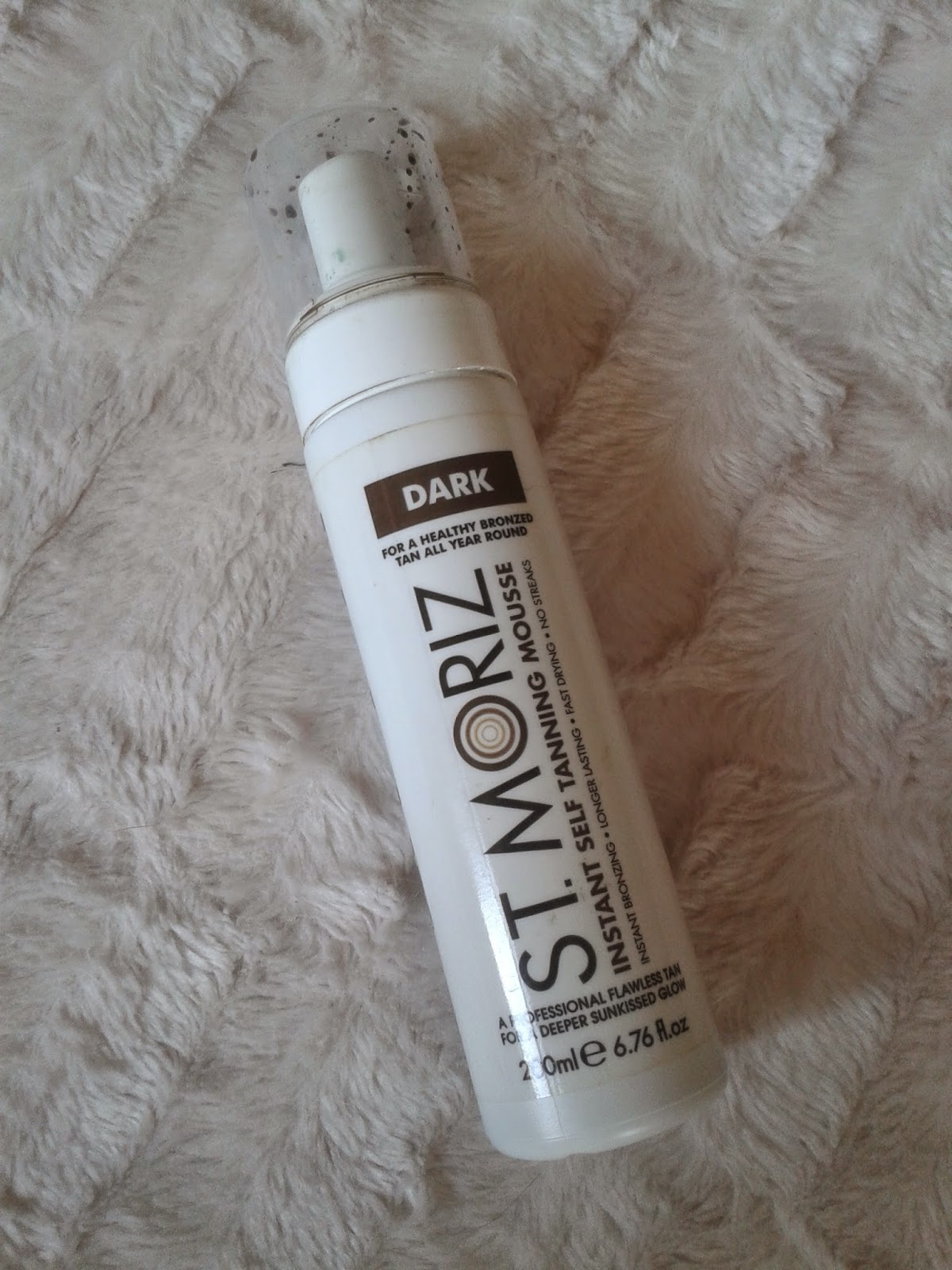 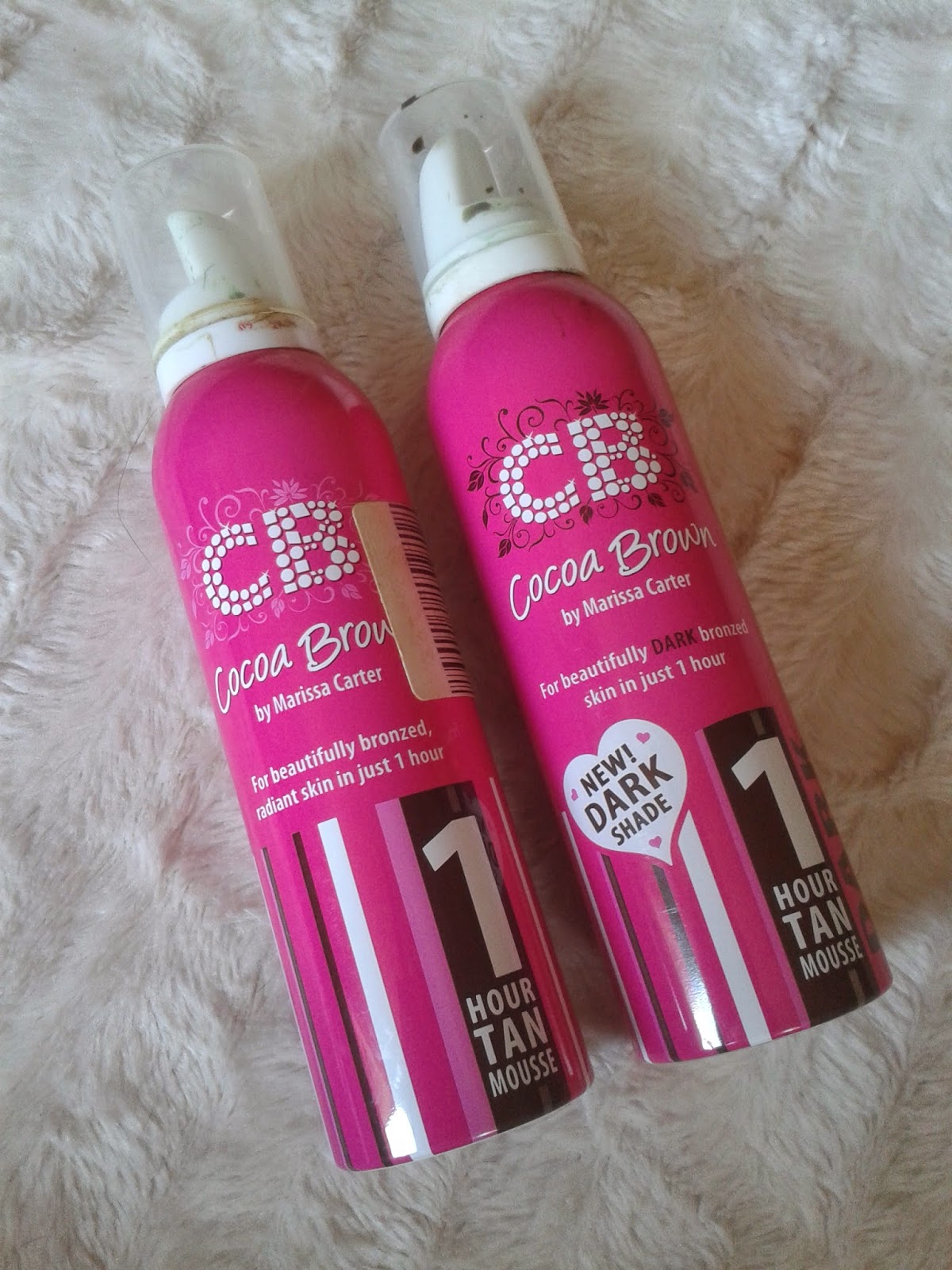 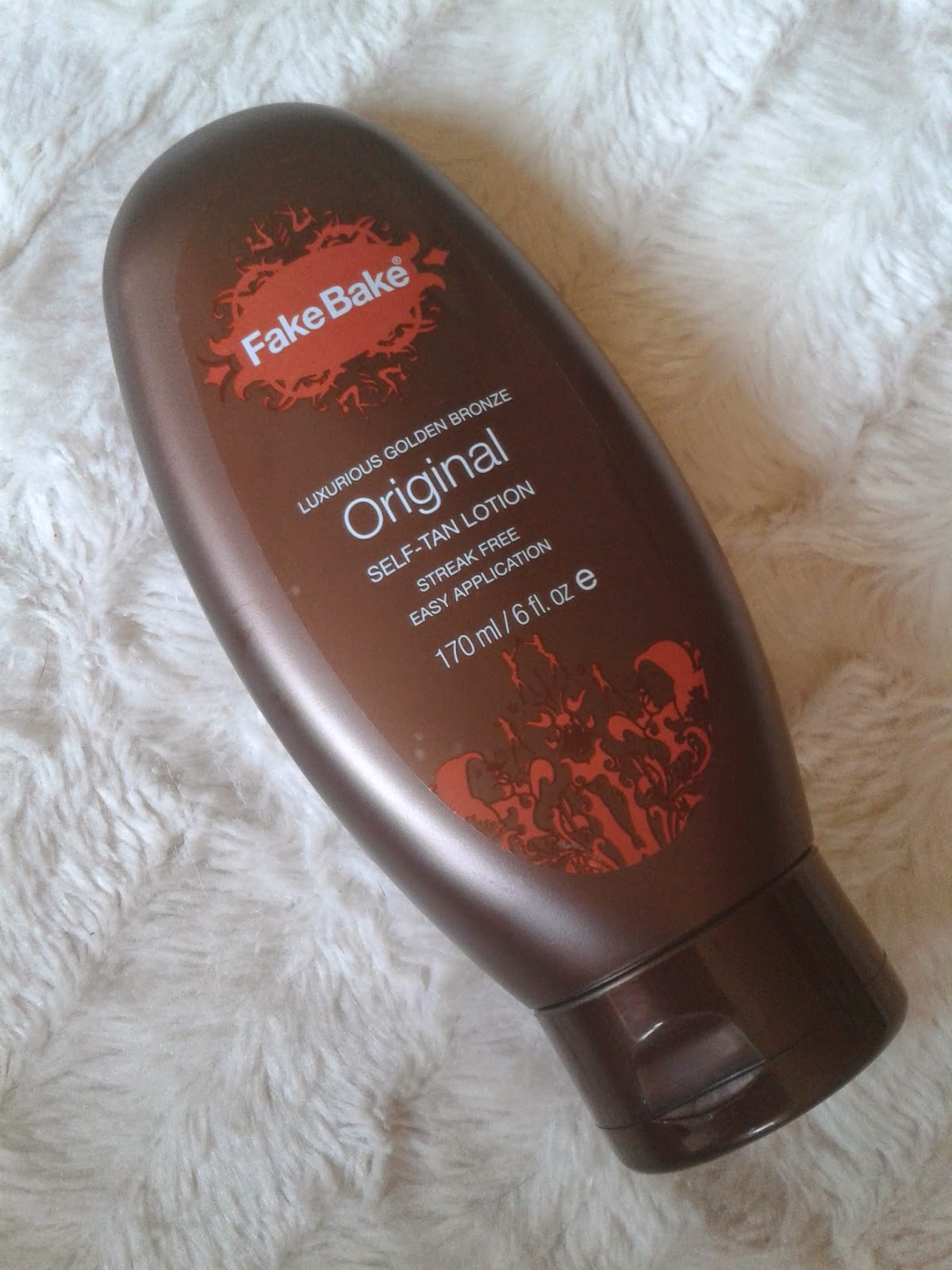 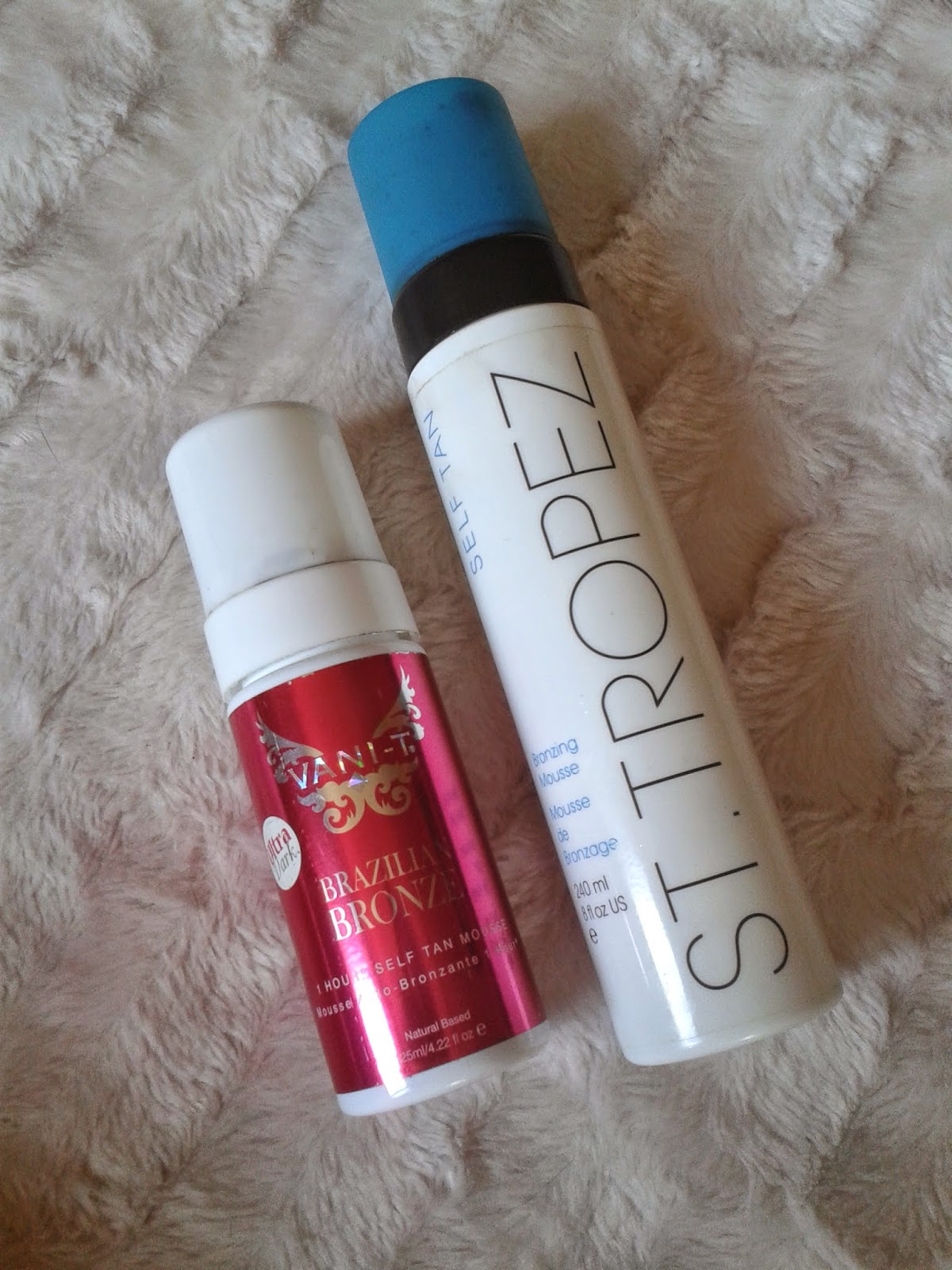 Vani-t brazilian bronze this tan is so good. This is another one hour tan, I do find it works better than the CB tan as an hour tan but again I do usually just leave it on. The bottle is quite small but seems to last ages. I took this on holiday with me and applied some nearly everyday as I was in and out of the pool and sea which obviously fades and breaks your tan down. This was so easy to take and apply and still looked great without being completely scrubs off before another application. I've already said what a St Tropez fan I am and being one of the biggest fake tans I think most people have tried their tannning mousse. I love this stuff, I have tried it in dark but much prefer the original. It's very natural looking, doesn't smell and fades really nicely without going patchy. One of my favorite tans is Fake Bake original fake tan this is probably one of the only non-mousse tans that I like. You do have to be careful with this as it's red based so can go orange but looks lovely and natural otherwise. When I have applied this I've had lots of compliments about my tan and most people think it's a real tan or my natural colour. It doesn't have the nicest smell I have to admit but it's worth it!

Get it off
One of the trickiest things about tan can be getting it all back off. Some people like to exfoliate just the top layer before application so they aren't actually taking it all off and others like to get it all off before doing the doing application. I actually do both depending. Sometimes I think it just all needs to come off and start a fresh. As I mentioned at the start I recently purchased the Cocoa Brown Tans scrub 'Tough Stuff'. I have already said how great it is for prep but it is also soo good for removing tan too. I find it quite difficult to find products to remove tan so I was really impressed to see these results. I always use my exfoliating gloves with a scrub to remove tan, usually it takes twice so for example I might have a bath Saturday evening to remove tan but then will do the same again the following day as it wont of all come off. With this scrub it did all come off the first time. I also like Modelco tan remover it isn't as rough as 'tough stuff' but still works really well. The St Tropez prep and maintain isn't so much for removing tan as you can tell from it's name. But it is meant to include removal which I think it's really bad at. This is more for people who are wanting to remove the top layer rather than the whole tan, I find it makes you look a bit patchy so I don't like this product. Lastly the St Tropez tan build up remover mitt which I really like. You can use this for different things, as a scrub to remove your tan, a lighter scrub just to remove the build up or to apply. It isn't actually meant to apply but sometimes it works great especially if you are someone who doesn't like to remove the whole tan as it will remove build up while applying your new layer. 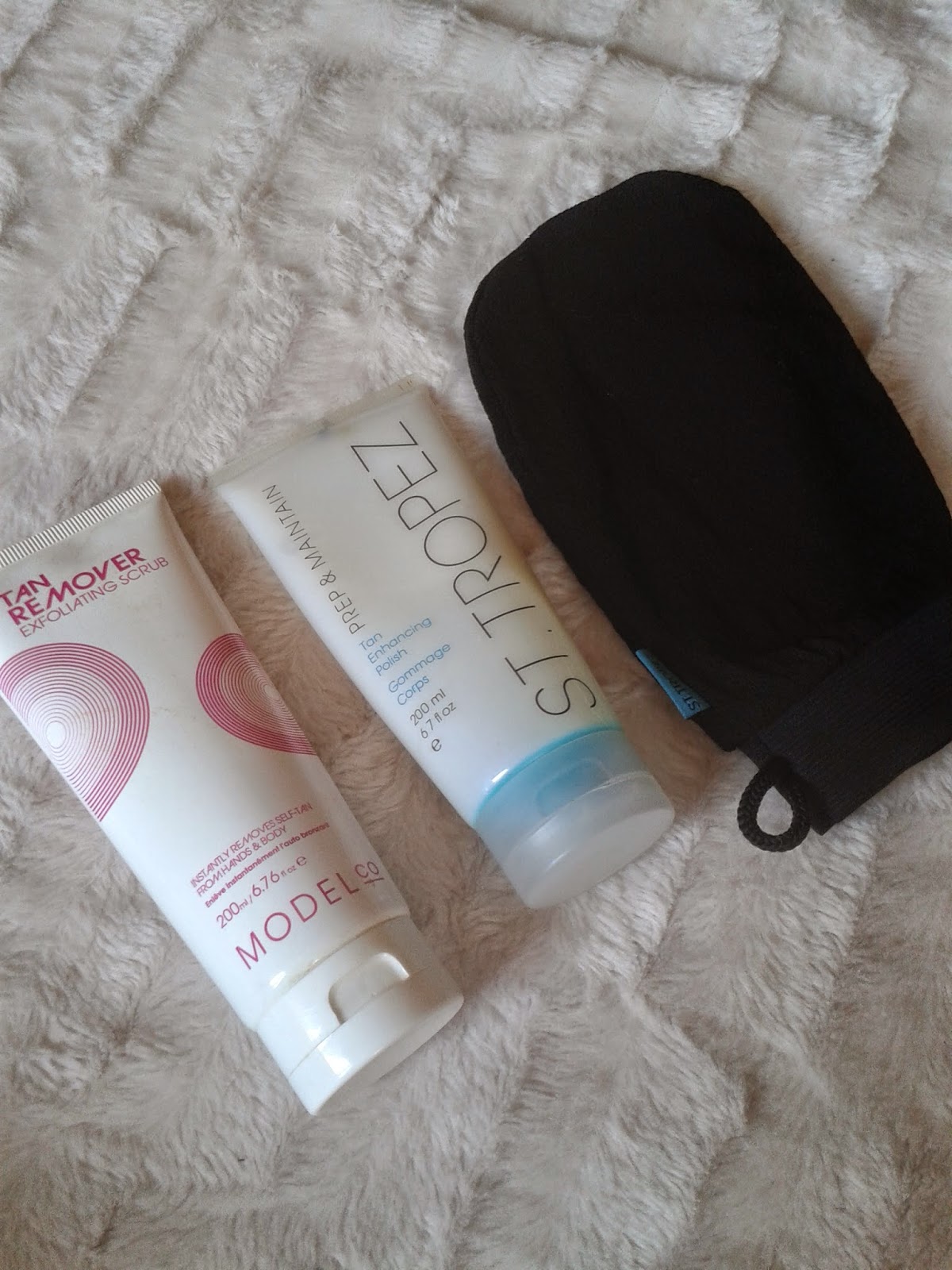 Do you use any of these products? Love or hate any? Or have any tips of your own? 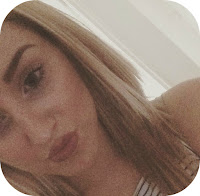 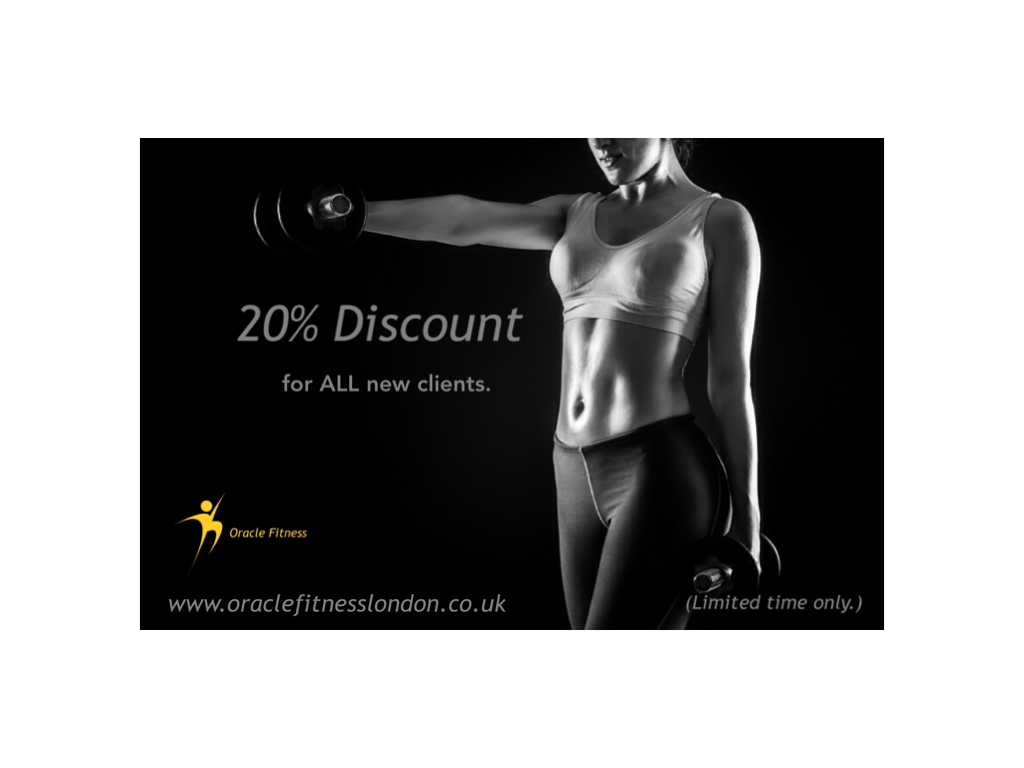 Oracle Fitness is offering 20% discount to all new clients for a limited time only. Book between 10am-4pm Monday to Friday and get a 25% discount. Available in your office, home or one of London's many parks and open spaces. Get the body you want, naturally; with an ex 400m sprinter with over 28 years experience. Call Martin on 07856666351 or email oraclefitness@gmail.com for your free assessment.